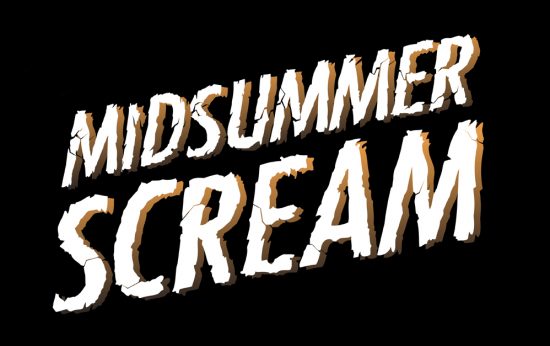 As the third year of ScareLA comes to a close we are so excited for Halloween season 2015!

The two day convention switched venues this year moving from downtown Los Angeles to a much more spacious location at the Pasadena Convention Center which welcomed over 10,000 fans. There was something for everyone including panels from the largest haunts in the industry including Universal Halloween Horror Nights, Knott’s Scary Farm and Queen Mary Dark Harbor. In addition to the panels there were seminars, classes, recreated home haunts and over 200 vendors covering all aspects of horror and Halloween. There was so much to see and do that it couldn’t all be done in one day.

Mini Haunts
Home haunts were spotlighted (blacklighted) in their own area this year which was a nice touch. Each maze gave you a small taste of what their full haunt would be like. Each mini maze was able to use lighting effects and the darkness to their advantage. Much spookier than last year when they were sprinkled around the brightly lit show floor. There were even monsters wandering around in the dark scaring people as they were queued in line. The mini mazes included Field of Screams Haunted Stadium Exorcism, Spooky Hollow’s “Legends of the Swamp”, The Curse of the Devil Swamp, Drunken Devil Production’s “Hells Bells”, Fear Station’s “The Birth of the Windigo” and Figment Foundry’s “Goblin Underground”.

Classes
A huge part of ScareLA are the Scare Student classes. There were over 50 classes and seminars that covered everything from creating your own haunt soundtrack, prosthetics making, costume making, tombstone design, how to turn your home haunt into a business and everything inbetween.

91 Reasons live podcast
If you are a fan of 80s and 90s pop culture then you should be listening to Jeff Tucker’s 91 Reasons podcast. Jeff, the Director of Entertainment at Knott’s Berry Farm, has taken his love of retro pop culture and walks down memory lane with each episode. His live panel was both entertaining and horrific as he reminisced about growing up in Southern California and told a spine chilling story about his brush with a serial killer. Then, of course, there’s Don Burg. That alone would scare anyone.

Hatbox Ghost Panel
For any true Disneyland fan, the hatbox ghost returning to the Haunted Mansion was a long overdue homecoming. Legendary imagineer Tony Baxter was present along with current imagineer Daniel Joseph to talk about the history of this iconic character. The panel was rounded out with popular Disney artists, Kevin Kidney and Jody Daily and moderated by the Season Pass Podcast, Doug Barnes. They took the audience on a rare tour of the history of the Hatbox Ghost, why it disappeared and how it made its long awaited return to the Haunted Mansion. Episode 105 of the DisGeek Podcast contains the audio from this panel.

Knott’s Scary Farm
Knott’s Scary Farm teased the standing room only crowd with what they had in store for their 2015 season. They will be doing a first-of-its-kind bright maze that is inspired by Hans Christian Andersen’s tale of the Snow Queen with a horrific twist. They were quick to say it had no connection to the ice princess that lives down the road. In addition, they will be launching new children’s themed entertainment with Knott’s Spooky Farm for the little ones. And then of course.. Elvira.

Queen Mary’s Dark Harbor
The dark horse in the SoCal haunting land had the crowd screaming in delight as they announced their plans for the 2015 season. The Ringmaster was back to walk would be victims through the concepts of new mazes and the bigger and better freakshow and circus. What better place to spend Halloween than a historic ship that is filled with scary stories based on real events and real guests who still roam the ship after meeting their demise on this haunted vessel.

There was so much to see that we could not cover every single thing but we were very impressed by what we experienced with ScareLA this year. The future for this convention will be anything but dark.

Can you believe it?  We are just 5 weeks away from ScareLA, the ultimate summer Halloween event.  Set to open doors for its third year on Aug 8 – 9, 2015 at the Pasadena Convention Center, the summer hit con is expecting over 10,000 of the most passionate scare fans, pros, and press. Growing to over 100,000 sq. ft. the event boasts 200+ vendors and 100+ hours of programming including theme park announcements, haunted attraction reveals, classes, demos, workshops, screenings and one-of-a-kind interactive experiences.

Here are a few highlights for this years program:

Hit Summer Halloween Con First to Unite the Creative Masterminds Behind the Most Popular West Coast Scare Attractions; “Making Monsters: The Art of Terror” Presentation Coming to ScareLA this August

This all-star lineup of haunt industry royalty is sure to be one of the highlights of ScareLA 2015, signifying only the second time anywhere that SoCal’s biggest Halloween attractions have come together on one stage in a show of support and unity, representing some of the the biggest Halloween events in the world.

Lara Hanneman will represent the granddaddy of all park haunts, Knott’s Scary Farm; JJ Wickham will reign from the fog of Queen Mary’s Dark Harbor; Mark Wing will creep out of the shadows of Valencia and represent Six Flags Magic Mountain Fright Fest; and Chris Williams will shed some light on the gruesome underside of Universal Studios Hollywood’s Halloween Horror Nights.

“It is terribly exciting to see ‘Making Monsters’ expand and continue to grow from what we accomplished last year,” says Rick West. “Southern California is the birthplace of the theme park haunt industry, so having these big players come together once again to chat about their roles in the creative process with fans is something we are very proud of. It’s groundbreaking and at the very core of what ScareLA is all about.”

Haunted attraction art directors play a key role in designing and developing the look and feel of ‘scare zones’ entertaining millions in Southern California each fall.  From facades to individual scenes and more – art directors guide and build large teams to ensure the utmost quality of every facet of the experience.

In addition to hosting representatives from each top attraction, ScareLA is pleased to announce that major presentations by Knott’s Scary Farm, Queen Mary’s Dark Harbor, Six Flags Magic Mountain Fright Fest, and Universal Studios Hollywood’s Halloween Horror Nights will be on tap throughout the weekend during ScareLA, giving fans non-stop thrills and excitement from morning till night.
For more information and tickets, visit www.scarela.com. Be sure to follow ScareLA on Twitter, Periscope, Facebook, and Instagram. Join the conversation on social media using #ScareLA.

ScareLA is the Southern California convention dedicated to Halloween. It celebrates the unique spirit of the American scare season traditions and the deep local heritage of the Greater Los Angeles region. Founded by Lora Ivanova and David Markland in 2013, ScareLA is produced in partnership with Theme Park Adventure. Featuring more than 150 specialty vendors, hands-on workshops, world-class industry panels and presentations, ScareLA is a large-scale summer festival of all things Halloween, a $10 billion industry worldwide.

Here is a gallery of images taken from Scare LA 2014.

As I woke up Saturday morning, I was overcome with excitement – as if I was a kid on Christmas morning. Except instead of opening presents I couldn’t wait to drive to Downtown Los Angeles and have the crap scared out of me. Let me explain… END_OF_DOCUMENT_TOKEN_TO_BE_REPLACED