Fans at Home Can Participate in the Evening’s Interactive Light Shows via Sync Capabilities in the Disney Applause App; a Virtual Reality Experience From Key Park Destinations Will Be Available in the Jaunt VR App and on ABC.com

One of the most successful solo artists of all time, Sir Elton John will perform two sensational songs on “The Wonderful World of Disney: Disneyland 60.” The multi-talented singer, songwriter, musician will captivate audiences in front of Sleeping Beauty Castle at Disneyland Park by singing the Oscar®-nominated song “Circle of Life,” from Disney’s “The Lion King,” and his new song “Wonderful Crazy Night,” from his upcoming album. “The Wonderful World of Disney: Disneyland 60,” airs SUNDAY, FEBRUARY 21 (8:00-10:00 p.m. EST), on the ABC Television Network. 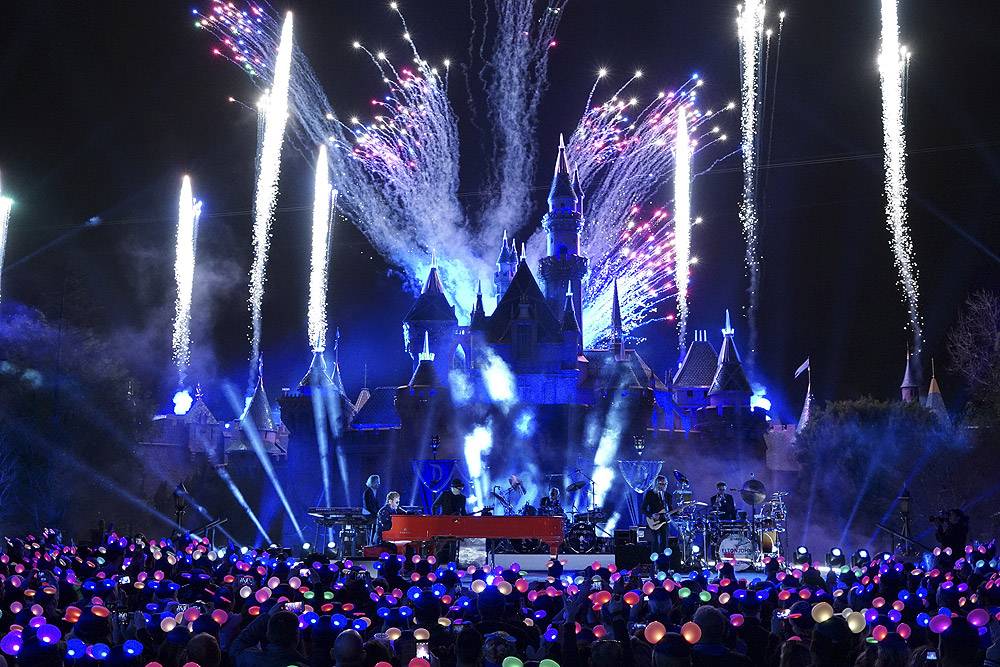 Fans watching the show at home can participate in Sir Elton’s performance with the Disney Applause app. Using Walt Disney Imagineering’s Made with Magic technology, Applause delivers a second screen, interactive experience that will sync directly to the broadcast’s major musical segments, displaying colorful light shows and original content on viewers’ phones. Their display will be in harmony with the illuminated accessories worn by guests and elaborate lighting design during the performance. Disney Applause is available for iOS and Android. Fans will also have a rare opportunity to experience this once-in-a-lifetime performance via virtual reality. Viewers will join in the celebration as they are instantly transported to Sleeping Beauty Castle for the musical superstar’s concert and to Main Street, U.S.A. for a very special dance routine. The full VR experience can be accessed through the Jaunt app and the VR elements can also be viewed in a 360 degree video on ABC.com/VR.  Jaunt VR is available for iOS, Android and GearVR.

In his five-decade career, Sir Elton John has sold over 300 million records, achieving 37 gold and 27 multi-platinum albums. He is one of the most highly acclaimed solo artists of all time, earning six Grammy Awards, five Brit Awards, a Golden Globe Award, an Academy Award, a Tony Award, and a Disney Legend Award. Sir Elton was inducted to the Rock and Roll Hall of Fame and Billboard named him the third most successful male solo artist on “The Billboard Hot 100 Top All-Time Artists.” “Wonderful Crazy Night,” which will be released on February 5, 2016 will be his 32nd studio album.

More performers will be announced shortly.

Disney Consumer Products and Interactive Media (DCPI) is the business segment of The Walt Disney Company (NYSE:DIS) that brings our Company’s stories and characters to life through innovative and engaging physical products and digital experiences across more than 100 categories, from toys and t-shirts, to apps, books and console games. DCPI comprises two main lines of business: Disney Consumer Products (DCP), and Disney Interactive (DI). The combined segment is home to world class teams of app and game developers, licensing and retail experts, a leading retail business (Disney Store), artists and storytellers, and technologists who inspire imaginations around the world.

Walt Disney’s legacy lives on through the Disneyland Resort, but even he might not have been able to imagine how big his idea would become at Disneyland and at Disney parks that span the globe. He launched an entirely new concept for family entertainment that remains as relevant today as the day it opened, July 17, 1955, for guests of all ages.

The Disneyland Resort will continue its 60th Anniversary Diamond Celebration through Summer 2016, extending the three spectacular after-dark shows created for the special anniversary – the “Paint the Night” parade, the immersive “Disneyland Forever” fireworks show and the all-new “World of Color–Celebrate! The Wonderful World of Walt Disney.” The exciting celebration, which also features sparkling décor, themed food and merchandise, will conclude on Labor Day, Monday, September 5, 2016.